After such success at combining Notre Dame’s medical ethics conference with a little adventuring of Rome, I decided to use the same logic when booking my flight to Madrid for the Bare Life & Moral Life Symposium hosted by Saint Louis University, University of Notre Dame, and Trinity University. 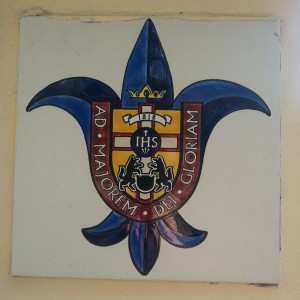 Since I’ve been splitting time between my dissertation and medical school applications in recent weeks, my trip to Spain was admittedly less planned than it was for Italy.  Based on my very quick intro to these cities, I have to say my favor lies with Rome. Perhaps that just means I need to make return visits to collect more data though. 😉 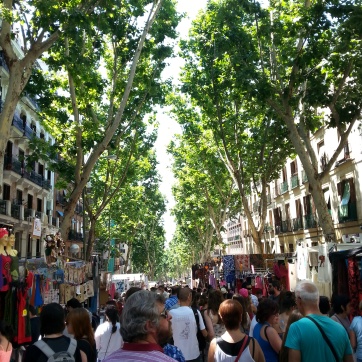 Sunday market near my hostel

Outside the Madrid Atocha train station after several failed attempts at keeping my eyes open in the bright sun. 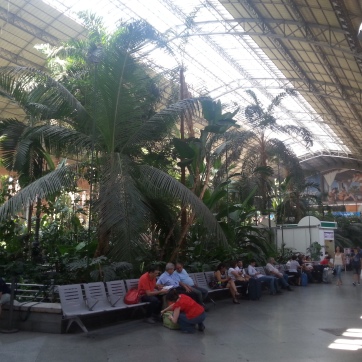 A lil rain forest time while you wait for the train. Nbd.

The symposium in Madrid was different from the rest that I’ve been to because it was heavy on (theoretical) philosophy and lighter on bioethical cases. For all of my non-philosopher readers out there, the title comes from Italian philosopher Agamben and his work Homo Sacer: Sovereign Power and Bare Life.  From the Encyclopedia of Philosophy:

Agamben develops [“bare life”] from the Ancient Greek distinction between natural life—zoe—and a particular form of life—bios…Neither bios nor zoe, bare life… can be defined as “life exposed to death”…. (For more, see: http://www.iep.utm.edu/agamben/)

To say I was out of my league is to put it kindly. There were scholars of all types: not just proper philosophers, but also physicians, ethicists, and theologians with specialties in Judaism, Catholicism, and multiple Christian denominations. As such, I spent most of my time silently soaking in the presentation and Q&A session and saving my comments for the more informal but still very robust conversations (mostly related to care at the end of life) over coffee, lunch, and tapas.

Perhaps my background in engineering has made me very comfortable working in teams, but in comparison, the life of the academic can seem quite… lonely.   To my refreshing surprise, however, the symposium attendees in Madrid were about the most charitable, most welcoming academics I have ever met.  They were not only eager to explain some philosophical building blocks to which I hadn’t previously been exposed, but they were also interested in learning about my perspectives as a biomedical engineer / bioethicist / medical school applicant.

On the subject of Spain-adventuring, I must say that my short day trip to Toledo stole the show. Though this may surprise some of my readers, I must admit that I am not too fond of touring churches. I quite enjoy encountering different houses of worship, using them for what they were intended and not really just treating them as a tourist spectacle equivalent to the London Eye or Big Ben.  Nevertheless, since I was only in Toledo for a few hours and it didn’t coincide with the mass schedule, I paid my admission fee and accepted the audio guide that was included with the ticket. In short: SO worth it.

Beyond the cathedral, Toledo was just a beautiful city to wander—what you’d imagine if you thought of an old Spanish city: dusty cobbled stone paths, a fortress on the river, and intense summer heat. Here are a few pictures that might convey this better than words. 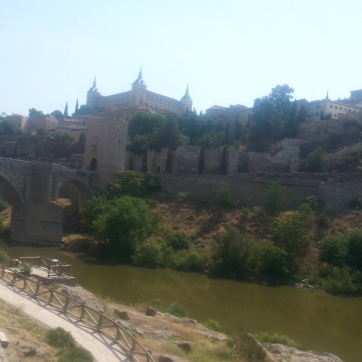 Approaching the city walls on my walk from the train station. 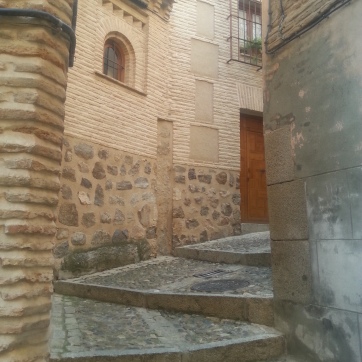 A wrong turn took my down a zillion steps to the edge of the water. A fun little adventure on the way down; wished for a camelbak on the way up! 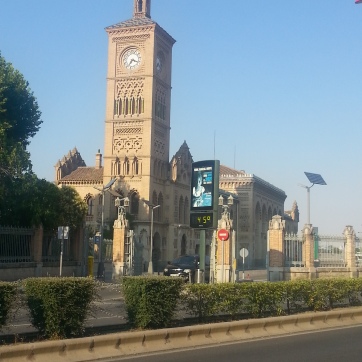 The Toledo train station. Keep point to note here is the temp– 45C or 113F! 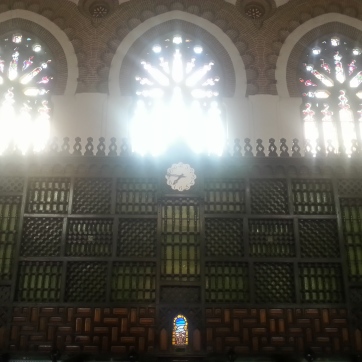 Seeking refuge from the heat 40 minutes before my train was scheduled to leave. Consider this beauty the next time you wait for Amtrack in A2. 😉 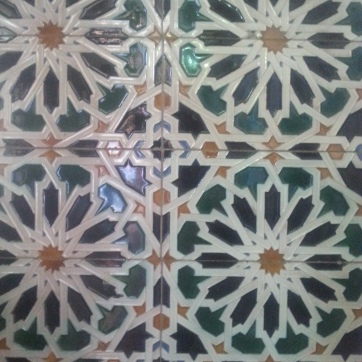 Tile work in the train station. I may not have formal education in art, but appreciating the tile work has become one of my favorite ways to explore a new city. This is just one of many photos I collected in Spain. 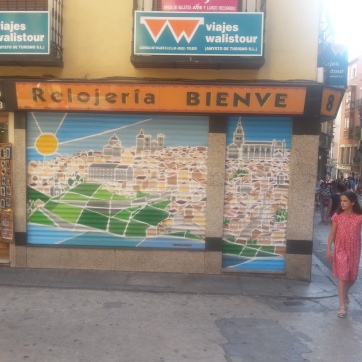 These murals decorate the garage-door-esque coverings over the closed shops.

View all posts by Andrea